Skipper Training at the Ethel Trust – Towpath Talk, May 2017

In continuing his series of articles on the NCBA Derek Stansfield, NCBA Director of Training, has asked Pete Riggall, a NCBA Trainer based with The Ethel Trust, to describe his experience of running a CCBM course in the aftermath of storm Doris.

The NCBA has a progressive structure for their training and qualification awards.  These, start with the Community Crew Course (CCC), then the Boat Handling Course (BHC).  Both of these can be ideal training for the flagship award of Certificate in Community Boat Management (CCBM).  All of these awards are delivered by NCBA Accredited Training Centres (ATC).

The Ethel Trust, based in South Yorkshire, has just welcomed back their community barge, The Ethel, after a major refurbishment and re-paint project.  One of the first priorities for the barge this year has been new skipper training, which has been on hold pending the boat’s return. Even at the last moment the start had to be delayed by a day because of storm Doris.

The course is designed and accredited by the National Community Boat Association and delivered by the Trust’s own qualified trainers.  The starting point was Tinsley Marina, Sheffield, and the trainees spent the first morning on some of the theory sections of the course.  While the trainers and trainees were in the cabin, the boat was taken down the 13 locks on the Tinsley flight by another of the Trust’s skippers, ably assisted by crew and a volunteer with the Canal and River Trust (CRT). 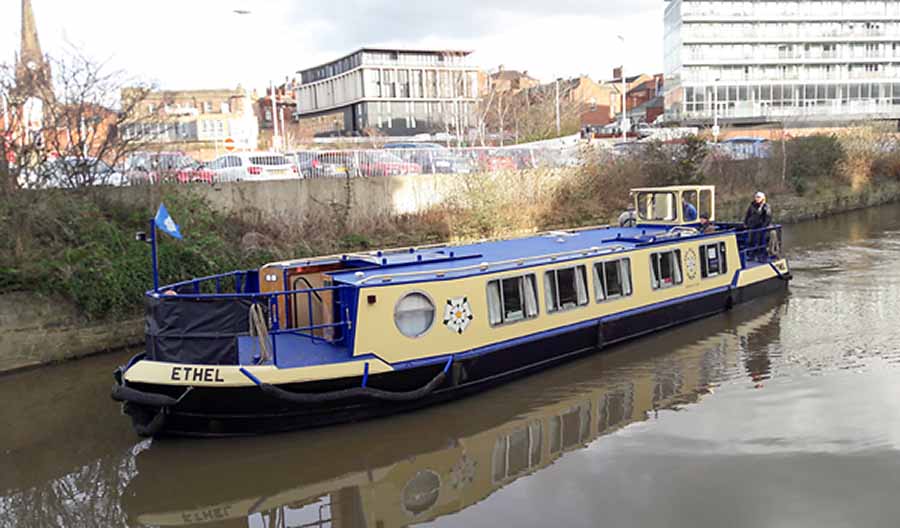 During the barge’s return from its re-paint, it ran aground near Jordan’s Lock on the River Don, causing considerable delay and anxiety.  However, since then the CRT have acted promptly to improve the situation, and as the boat rounded the bend in the river the training group found a workboat and crew, ‘spot’ dredging the channel for them – brilliant service! 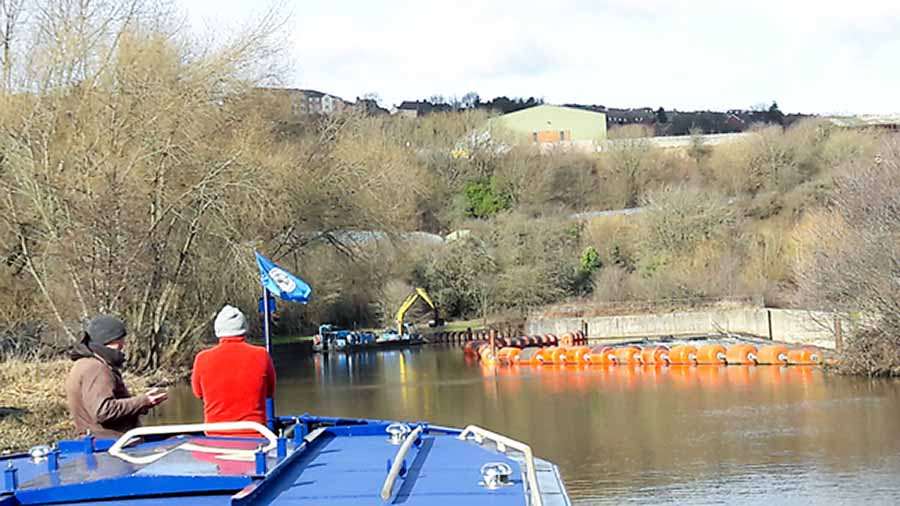 The afternoon was spent with practical boat handling skills, as well as simulating emergency situations such as deploying the anchor and ‘man overboard’.  Chasing and retrieving a floating lifebelt in a flowing river proved challenging, but the ‘victim’ was rescued successfully – 3 times!  Mooring up for the night near Aldwarke Lock, in Rotherham, the day finished with a further theory session before trainees and trainers headed out to a local restaurant.

The next morning one trainee was designated skipper for the first half of the day, undertook the routine checks and delivered the safety briefing.  It soon became clear that storm Doris had taken a shine to the Rotherham area and returned for a second visit.  While attempting to moor along Kilnhurst Cut for lunch, the boat was blown and pinned against the piling on the opposite side, providing valuable and exciting experience for the trainees!  Further theory sessions based on the NCBA syllabus took place before returning to Aldwarke for the second night. 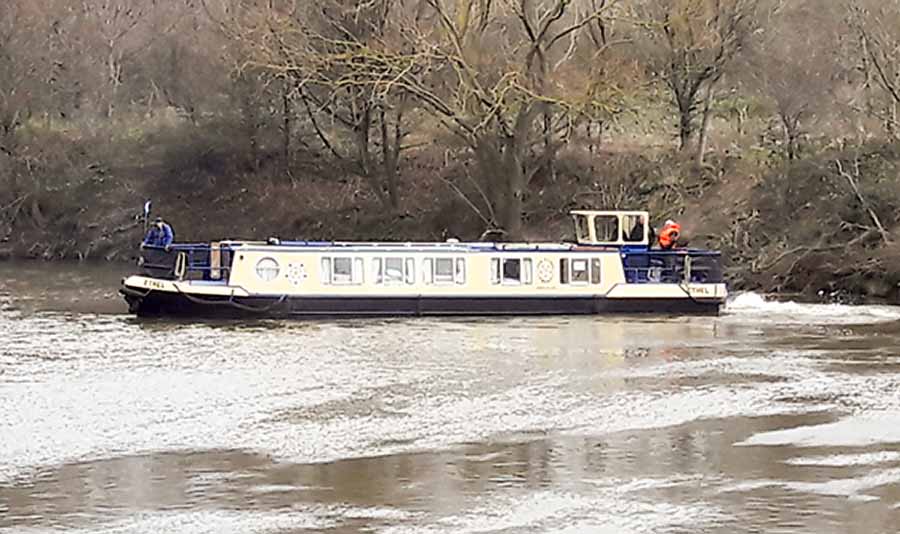 Sunday morning the CRT volunteer rejoined the barge in Rotherham, heading for Victoria Quays in Sheffield.  Passing the Jordan’s Lock area this time was not so straightforward.  Although the Ethel cleared the stretch, silt and debris blocked the raw water filter and pipework, stopping the water flow completely.  The previous practice with the anchor came in very handy as the engine had to be cut while the ‘Chief Engineer’ went into the engine room to clear the blockage.

Soon the party were back on course ascending the Tinsley Flight, assisted by volunteers from the Trust and the CRT.  The wind decided to have one last blast as the boat swung round to moor at Victoria Quays, bringing to a conclusion three very successful, rewarding and valuable days.

Thanks to the great efforts of the trainers, the Ethel Trust now has two extra skippers, although both trainees felt that it was similar to their driving test – you have passed the test, but now the learning and experience begins!