Derek Stansfield has been the Director of Training for the NCBA for the past eight years and will be stepping down from that role at the NCBA AGM in November.

Derek first experienced the outdoors as a potential, and potent, vehicle for educational and social development was at the tender age of eleven when taken on a five-day residential visit to the Peak District in 1953.  It was that experience that first sowed the seed he wanted to become a teacher and if possible in the outdoors.  His secondary education further nurtured the idea due in no short measure by the influence of his teachers and further residential visits.  Following attendance at one of the original Outward-Bound courses he was allowed to lead school trips himself at the unusual age of 16.  Following three years at St John’s College he qualified as a teacher, mainly for physical education but soon introduced outdoor education into the programme.  A stint in the West Riding of Yorkshire (as it was then) was followed by an eye-opening post in the East End of London in the mid-sixties.  A natural progression followed to becoming third in charge of the Inner London Education Authority’s residential centre at Marchants Hill, based at Hindhead.  It was during this transition that he became mindful of the required qualifications for leading groups and was supported in obtaining qualifications in mountaineering canoeing and sailing.  The next rung on the ladder was to become Head (called ‘Warden’ in those days) of the City of Leicester’s Outdoor Pursuits Centre on the River Soar. A one-year course at Moray House College in Edinburgh under the tutelage of Eric Langmuir, saw him obtain the Diploma in Outdoor Education and a move to be Head of Fellside Outdoor Centre, later to become Fellside Outdoor Education Centre, one of Cumbria County Council’s residential centres.  There followed a long period of consolidation at the centre before re-organisation of the whole of Cumbria’s provision made him Manager of it all.

Early retirement was taken in 1992 when he set up his own management and development training business as well as concentrating on obtaining RYA qualifications such as Yachtmaster and setting up his own RYA Shore based School.  However, the lure of a new challenge followed with the establishment of the Adventure Activities Licensing Authority and Derek became one of the eight Senior Inspectors.  Thus, began a new chapter in trying to ensure that adventure was not totally eliminated from activities and that young people were still able to manage risks for themselves.

It was as the new millennium dawned that Derek first became involved with canal boats when he volunteered for SCAD, a local charity.  He looked at the qualifications recommended by the MCA Small Passenger Boat Code and whilst the ones he held were acceptable he felt that the NCBA Certificate in Community Boat Management was the most appropriate.  As always, he decided not only to obtain this but also to work his way through the NCBA qualifications structure eventually joining the NCBA National Training Committee and eventually becoming the Director of Training.  During this time, he has overseen the review and reorganisation of the Trainers Course, re-established Refresher Training for Trainers and more recently the producing of a Training Manual that covers all the NCBA courses. 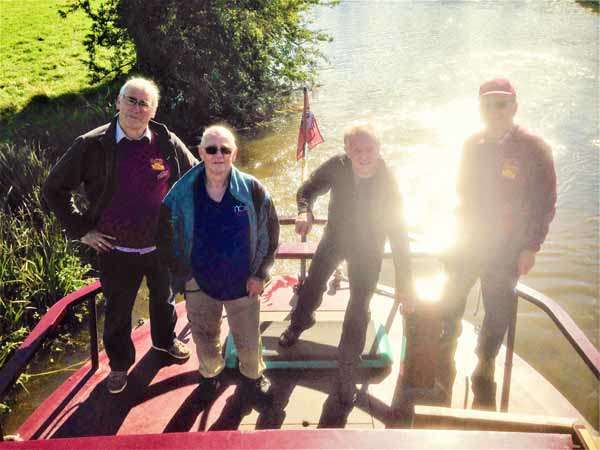 The NCBA Annual conference and AGM will be held on the 18th November at Pirate Castle in London.  Derek will be giving the Keynote talk entitled “How Things Have Changed – a personal journey through adventure activity regulations”.  Other items on the agenda will be presentations from Pirate Castle, Canalbility and Ethel Trust as well as workshops on the new website.  Details are available from Bob Ratcliffe at bob@national-cba.co.uk.

An Adventure but not on Water – Towpath Talk, June 2017

In this article Derek Stansfield, Director of Training for the NCBA outlines two initiatives that the NCBA have...