The National Community Boats Association is a national body for community orientated boating organisations and has a progressive training and qualification structure for inland waterways at all levels.

Senior Trainers as part of their role undertake support visits to NCBA Accredited Training Centres.  During one such visit to the Wirral Community Narrowboat Trust Paul Unwin was impressed with the number and standard of volunteering that he suggested they may wish to consider entering for the Queens Award For Voluntary Service.  Sue Thomlinson, Training Manager, not one to resist a challenge took up the suggestion and duly went through the process, which culminated in them being successful and being awarded the Crystal for 2017.  Here Sue describes the process that they went through and some of the reason why they were so successful.

Wirral Community Narrowboat Trust is very proud and honoured to have been awarded the Queen’s Award For Voluntary Service in June 2017. This Award is considered to be the MBE of volunteering and is the culmination of a lengthy and rigorous procedure which started early in 2016 when WCNT was nominated for consideration.  There then followed several in-depth interviews by Deputy Lieutenants of Merseyside with our proposer, some of our regular community group users and the Trust’s own trustees and members.  The Award was announced on 2 June 2017 and two representatives of the Trust were invited to a Garden Party at Buckingham Palace in recognition of the achievement. 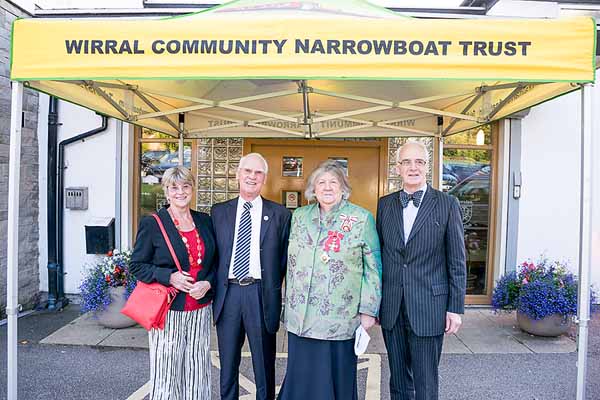 The Lord Lieutenant of Merseyside, Dame Lorna Muirhead, presented the Award to all the volunteers at a special ceremony attended by the High Sheriff of Merseyside, two Deputy Lieutenants of Merseyside, two local Mayors and Trust members on 31 August 2017.  The Queen’s Award For Voluntary Service is seen by our members as the pinnacle of recognition of all the hard work and time given by everyone and building upon the Trust’s previous achievements.

In 2014 Wirral Community Narrowboat Trust was the national winner of the Canal and River Trust’s ‘Living Waterways Award’ for community and volunteering.

In 2012 one of our boats was chosen to carry the Paralympic Flame from Chester into the National Waterways Museum at Ellesmere Port.

Narrowboat Association and is an all-volunteer registered charity which celebrated its 30th anniversary year in 2014.  Our aims are “To seek to improve the quality of life for people who by virtue of age, infirmity, physical disability, mental disorder or social factors are disadvantaged or deprived.

To make provision for the recreational, educational and social needs of the said people. To provide an experience outside of the normal environment; which is therapeutic and brings respite to Carers. We also aim to deliver our Narrowboat service to a professional standard, subscribing to a national Code of Conduct for community boats. All our volunteers are trained to NCBA requirements. 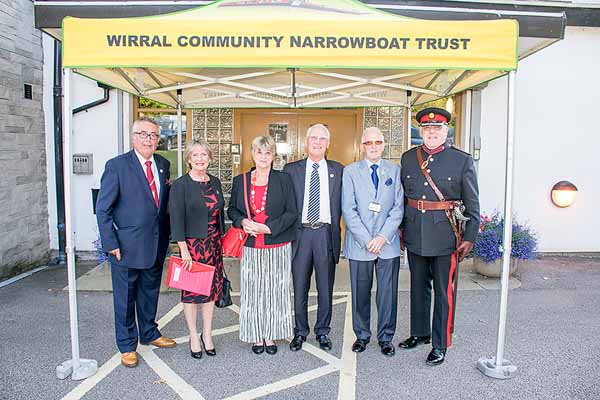 Trips are provided throughout the year on two fully wheelchair friendly/fully adapted narrowboats.  Our two Narrowboats have been fully funded by our Trust, and built to our own specific requirements to provide amenities suitable for the needs of disabled users. There is full wheelchair access throughout both boats; each has a wet room, shower, toilet and wash basin and central heating. The galleys have a fridge and full cooking facilities. Both boats have heavy duty lifts to enable electric wheelchair access into the boat plus loading ramps. We offer day trips on both boats for up to a maximum of 12 passengers and residential trips on one boat for up to a maximum of 6 passengers.

We constantly aim to keep a strong profile locally and regionally; we have a steady flow of new member volunteers joining our Trust and we hope to maintain the good work that we do for many more years.

An Adventure but not on Water – Towpath Talk, June 2017

In this article Derek Stansfield, Director of Training for the NCBA outlines two initiatives that the NCBA have...