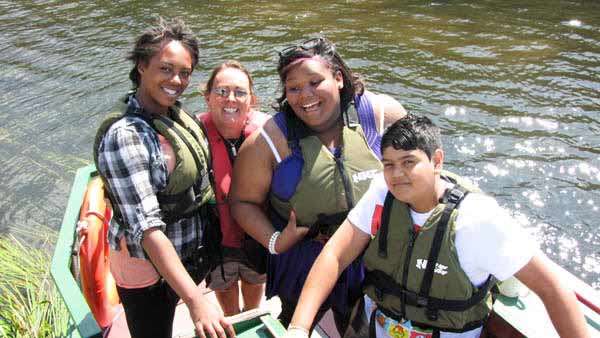 Derek Stansfield, NCBA Director of Training, continues his series of articles on NCBA Projects.  Following on from last month’s article on the Nottingham Narrowboat Project here Gerry Mulvaney, who has just obtained his Trainers certificate describes his first volunteering experience at the Project

The Nottingham Narrow Boat Project was set up by Nottingham City Council in 1975 as a forward thinking plan to give children access to the local waterways. The project currently has two boats. Tinkers Leen, named after a small river running into the Nottingham Canal, was purpose built for the project by Nottingham City Council in the 1980s. It is 70ft long and has full wheelchair access making it ideal for taking out people with disabilities.  Tinkers Leen can sleep ten in bunks, as well as a Skippers cabin.  Megan the other boat is also 70ft in length and can sleep up to ten people in separate bunk rooms.

Are we having a nice time ?

My first volunteer experience of the project was a day out with Debra Porter the project leader and a group of young people from the local hospital long stay wards. Two buses brought the children onto the wharf in the centre of Nottingham where the project is based. Most had not been on a boat before and looking at the arrivals, it seemed to me most were not that enthusiastic about going on one now, judging from the amount of texting and music listening that seemed to distract today’s youngsters. They were an eclectic group of ages, ethnic mix and size, shepherded by Tina Simpson, the Hospital Liaison Officer, watching over them like a mother hen. We split the group in two and Debra took our bunch onto Tinkers Leen for the safety briefing. Getting their attention away from the iPods and phones was a struggle, but Debra had obviously more difficult groups because it wasn’t long before she had hoots of laughter from them as they struggled with the life jackets and Debra’s tales of life on board. 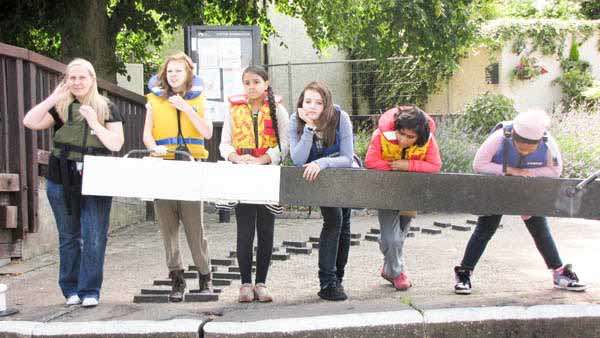 I must admit that I might have been reluctant to put a novice twelve-year-old in charge of twenty tons of narrow boat, but Debra didn’t bat an eyelid as she called for some of the kids to join her on the tiller and promptly gave Darnell, who could just about see over the hatch, full control of Tinkers Leen. As we zig zagged down the canal towards Beeston, I could see some fear in the eyes of passing boaters, but what I also saw was Darnell suddenly come to life when he realised he could steer in a straight line under Debra’s tutelage.  Not only was this his first time on a boat, but I sensed it was his first chance of adult responsibility and he really relished it. Debra made sure that all the kids who wanted to, had a chance to steer, but there were a couple of reluctant sailors and Debra made no attempt to force them.

We headed up the River Trent, for our lunchtime destination at Cranfleet Lock. Debra managed to disgorge the party onto the lock side where the Tina took over and fed them with a picnic.  In the peace and quiet that followed I shared lunch with Debra on Megan. Debra explained that although day trips were the main activity the boats had ventured farther afield, in particular delivering Duke of Edinburgh Gold Award trip. The Project is also an NCBA training centre. The Nottingham Project trains volunteer skippers for the project and from other parts of the country. They also run courses on caring for the environment, team work and planning skills for Nottingham City Council and voluntary groups.

Energy levels reset, the kids came charging back onto the boats. By now most of the children had been on the back of the boats with Debra, but as we headed back to base Debra sought out two very shy ones who had evaded her attention. Out on the River she managed to get them up on the tiller and the look of pleasure that a beaming young girl in a niqab had on her face almost made the trip worthwhile on its own. By the time we got back, everyone had been in charge of the boat and all had taken their turns at locks. This was a very different group coming home. Gone were the texting and iPods, replaced with the enthusiasm for boats and the heritage of the Canals and Rivers. 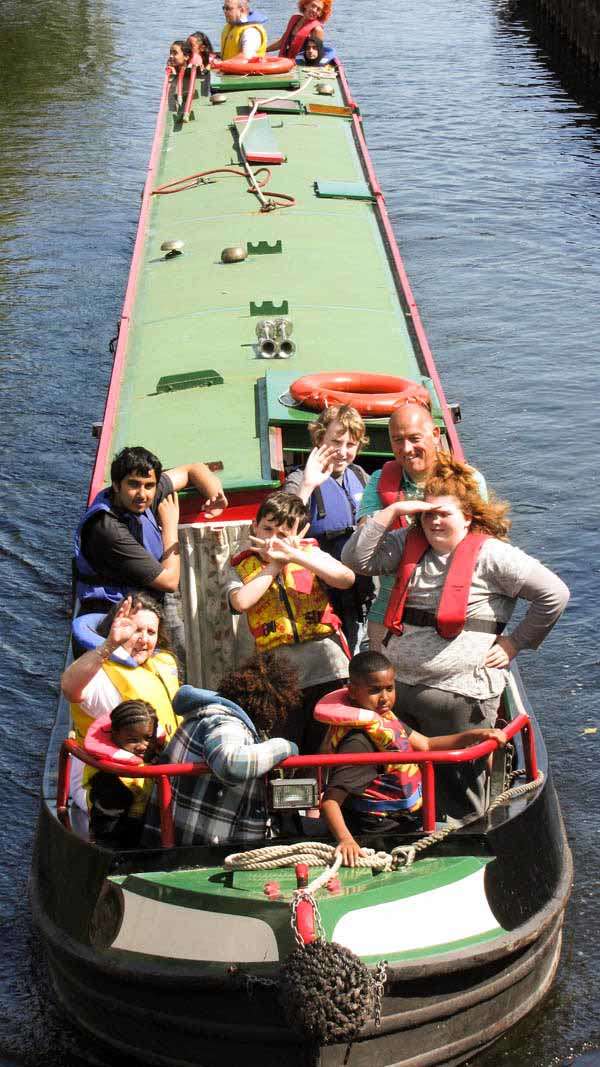